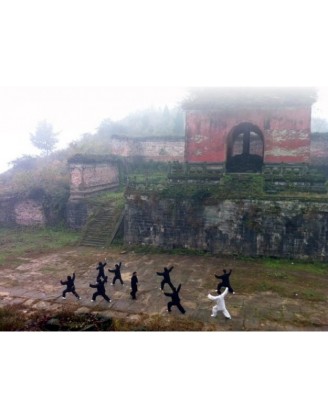 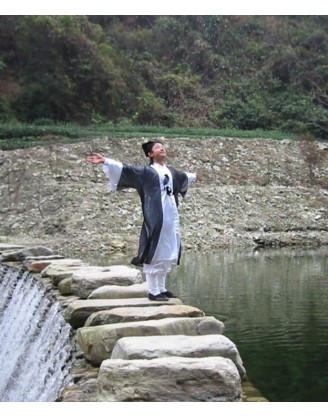 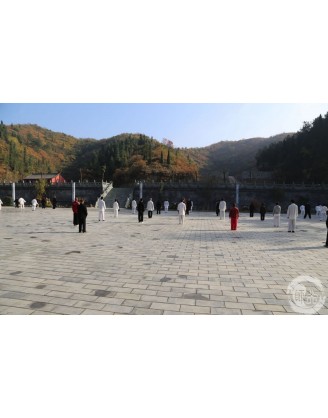 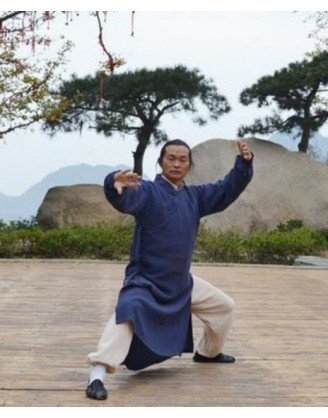 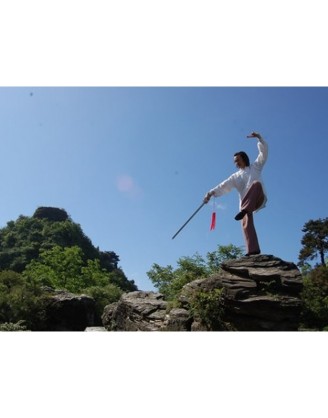 Wudang kung fu (wushu) is one major branch of Chinese martial arts. A Taoist monk named Zhang Sanfeng, in the early Ming Dynasty, effectively pushed Wudang kung fu to the top. His creation of, what is commonly called, Tai Chi has been greatly influential and has been spread throughout the world.
Unlike its northern counterpart, Shaolin kung fu, which emphasizes using physical force, Wudang kung fu helps to focus the practitioner's inner power to counteract gravity. Legend has it that some of the greatest Taoist monks could leap among the soaring cliffs around the temple. Wudang kung fu has also generated many other branches of kung fu, countless gadgets, and fantastic weapons, as well as many cryptic herbal medicines and poisons.

While Hubei is famous for the invention of Tai Chi, it is also the cradle of Wudang martial arts. The birthplace of the original Wu-Tang Clan – do not confuse this with the American hip-hop group of the same name. If you take a shine on more than just the martial arts, Wudang Mountain happens to be the most popular and venerated Taoist site in China. Apart from Kung Fu, you will have the chance to explore their mind-enlightening philosophies and of course, Chinese traditional health preservation methods. Now this is what we call“living in harmony”!
The Taoist were the true, dedicated masters of Tai Chi. They lived in the mountains, and along with their followers, led a monastic life in quest of achieving immortality and following the way of the Tao. They meditate and practice daily in order to attune their spirit, condition their mind, discipline their body, and elevate their essence.
“Taoist Life Nourishment Qigong” is a key Taoist exercise and breathing skill for cultivating Youthful Regeneration and Longevity by revitalising the mind and strengthening the life force, the inner vital organs, and preventing illnesses.
“Taoist Tai Chi” The Wudang Zhang San Feng Temple-style Tai Chi is considered the most authentic and wholesome Tai Chi system. Preserved intact on the Wudang Mountains, it focus on development of mind, body and spirit for health and longevity. WUDANG Mountain is nature’s hidden Shangri-la.
It is the source of the pure and original Tai Chi, Taoist Qigong (energy meditation), Traditional Medicine (herbs, acupressure & massage) and Taoist philosophy. Life on the mountain has always been about harmony with nature. Throughout China’s history, emperors and learned literati's have sought the holy grail of the Taoists Paradise.

If you want to book and train any kind of Martial Arts around the world, please, choose only reliable and tested GYM's and camps, such as those listed at category Hubei. We collect and publish reviews about all camps and school around the world, if you want to write review about Hubei, please use tab Review in camp description block above.