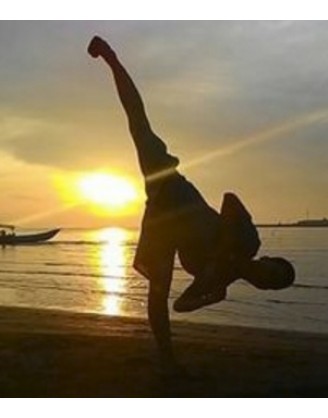 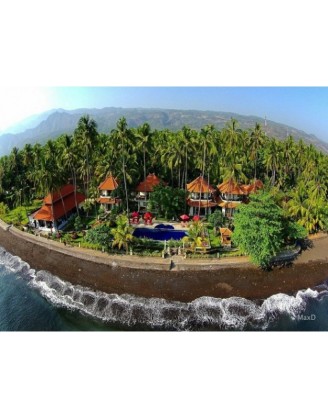 After the Chinese Revolution of 1949, many Chinese fled to Korea. The best known of these instructors taught Praying Mantis kung fu, changquan (long fist), and baguazhang. They tended to teach only Chinese students until the 1960s. Eventually, changquan became the most popular of these systems.
Hapkido developed in the 1950s and 1960s from Japanese jujutsu. Choi Yong-Shul (1904-1986) trained in Daito-гуй Aikijutsu. in Japan before 1945. Following the war, Choi returned to Korea and taught a system composed of joint locking, striking, and throwing techniques to various students in Taegu City. Choi used a variety of names for his art, including Yusul (yielding art), Yuktvonsul (“soft fist art”), Kidd (“energy way”), and finally Hapkido (coordinated energy way). Choi taught at a school run by Suh Вок-Sup, an experienced practitioner of yudo. Among his first young students were Ji Han-Jae and Kim Mu Hyun (also spelled Kim Moo Woong). Suh, Kim, and Ji all eventually moved to Seoul. Ji Han-Jae was greatly responsible for the spread of Hapkido, both through his own efforts and through the students whom he introduced to the art, including Han Bong-Soo, Choi Seo-Oh, Myung Kwang-Shik, and Myung Jae-nam. Choi Seo-Oh brought Hapkido to the United States in 1964, and Bong-Soo Han popularized the art by providing the choreography for the Billy Jack movies in the 1970s. Myung Kwang-Shik founded the World Hapkido Federation and introduced the use of forms into Hapkido. Myung Jae-nam linked his style of Hapkido with Japanese aikido and formed the International Hapkido Federation in 1983. Ji also supported the spread of Hapkido in his role as bodyguard for President Park. Ji used his influence to have the Korean Presidential Security Forces train in Hapkido beginning in 1962, a practice they maintained through the 1990s. Ji also convinced the Dae Woo company to hire Hapkido black belts as security consultants. Ji himself formed the Korea Hapkido Association.
After the beginning of the Korean War, the Republic of Korea (ROK) became ever more nationalistic. There was increasing pressure to develop a Korean form of karate, rather than continue to practice in the Japanese way. A series of national associations formed and disbanded as the Koreans argued over the shape of the new national art. The Korea Kongsudo Association was founded in 1951, followed by the Korean Tangsudo Association in 1953. These eventually merged to form the Subakdo Association in 1959. The Subakdo Association was opposed by the Korea Taekwondo Association (KTA), also founded in 1959. Hwang Ki was the head of the Subakdo Association, while General Choi Hong-Hi was the head of the KTA. General Choi had the most political power and the KTA quickly grew in power.
General Choi’s efforts ran into difficulties following the 1961 military coup d’etat in the ROK. The coup ousted the Second Republic and placed General Park Chung Нее in control of Korea. President Park quickly moved to remove his political rivals from power. He appointed General Choi, who had supported the coup, as ambassador to Malaysia in 1962, and for three years General Choi was removed from Korean politics. While he was gone, the KTA changed its name to the Korea Taesudo Association. The KTA also became an affiliate of the Korean Amateur Sports Association (KASA) in 1962 and a member of the Korean Athletic Association in 1964. Many black belts joined the KTA after the government began to support the establishment of national standards. Hwang Ki of the Subakdo Association was the most obvious opponent of growing KTA consolidation, and the KTA often harassed Hwang and his supporters.
During his time in Malaysia, General Choi developed a new set of purely Korean forms to replace the Japanese forms still taught in taekwondo. Upon his return to Korea in 1965, he again took control of the KTA and changed the name back to the Korea Taekwondo Association. In 1966, KASA began the development of a training center for international competition, hoping to emulate the success of the Tokyo Olympics of 1964. General Choi founded the International Taekwondo Federation (ITF) in 1966 with an eye to supporting the spread of taekwondo around the world.
Taekwondo continued to gain in importance in Korea in the 1970s. Construction of the Kukkiwon, the Seoul headquarters of taekwondo, began on November 19, 1971, and the building was inaugurated on November 30, 1972. On February 14, 1972, taekwondo became a part of the official curriculum of Korea’s primary schools. It entered the middle school curricula on August 31 and on December 5, the National High School and Middle School Taekwondo Federation was established, followed by the National Collegiate Taekwondo Federation on December 28, 1972.
In 1971, due to increasing tension with President Park, General Choi began to make secret plans to leave Korea and move the ITF to Canada. The KTA did not want the headquarters of taekwondo to move outside of the ROK and severed ties with the ITF, forming a new international organization, the World Taekwondo Federation (WTF). Ironically, both General Choi and his old rival Hwang Ki left the Republic of Korea in 1974. Choi went to Canada to spread taekwondo, while Hwang went to the United States where he continued to teach tangsudo.
The WTF was officially founded during the first World Taekwondo Championships held at the Kukkiwon in 1973. The WTF continued to support international competition in taekwondo. In 1988, taekwondo became a demonstration sport at the Seoul Olympics, and in 2000, taekwondo became an official Olympic sport.
Choi Hong-Hi began teaching taekwondo in North Korea in the 1980s, and the ROK National Intelligence Service has therefore declared that the ITF “is nothing but an unauthorized organization” and that “it is a private organization operated under Northern support rather than a genuine sports organization and has been utilized as a means of expanding Northern influence overseas.” The dispute between the ITF and WTF remains unresolved.

If you want to book and train any kind of Martial Arts around the world, please, choose only reliable and tested GYM's and camps, such as those listed at category Taekwondo. We collect and publish reviews about all camps and school around the world, if you want to write review about Taekwondo, please use tab Review in camp description block above.