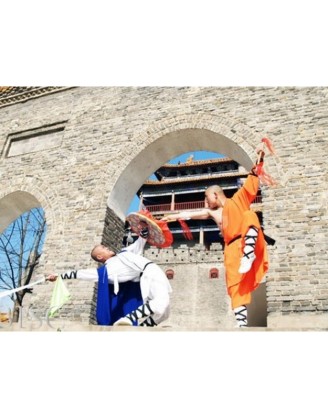 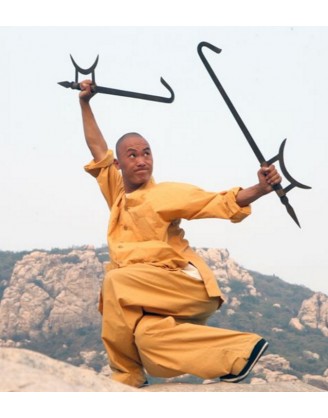 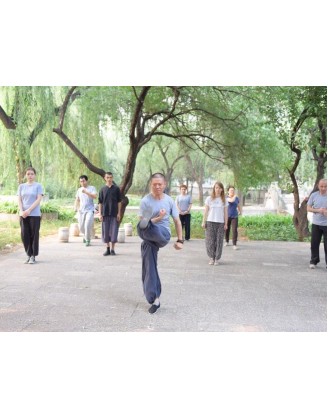 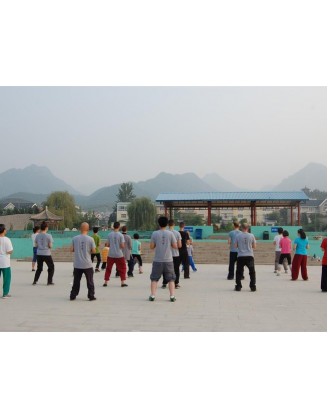 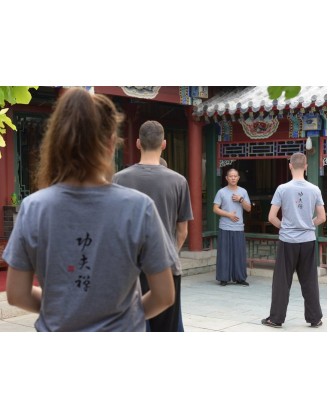 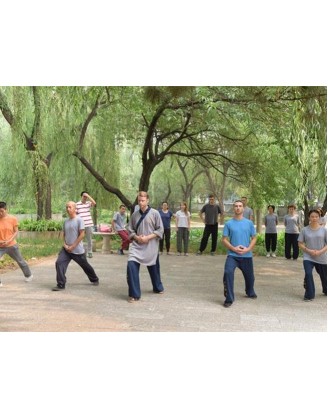 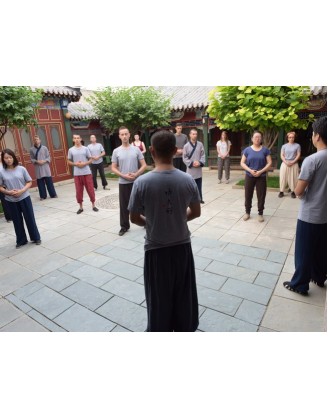 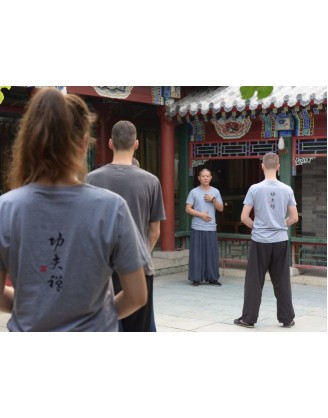 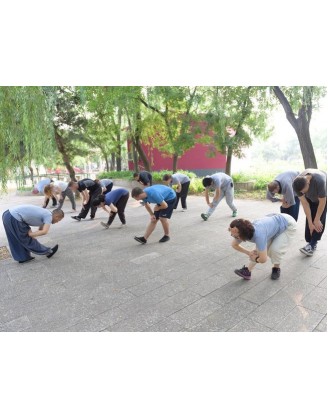 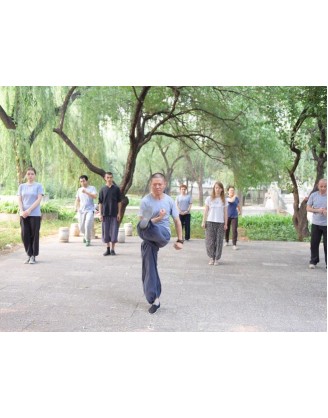 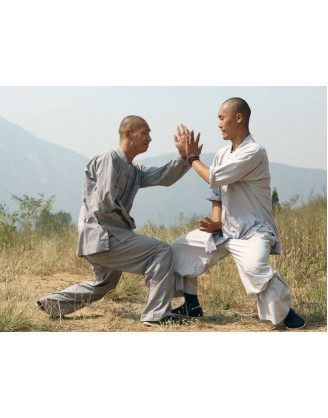 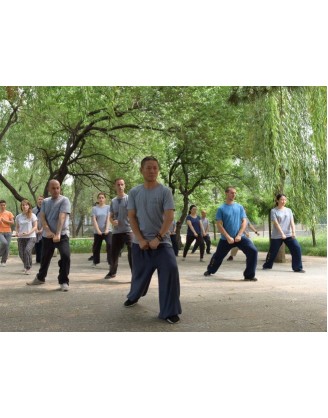 There are hundreds of different styles of Chinese martial arts, each with their own sets of techniques and ideas. The concept of martial arts styles appeared from around the Ming dynasty (1368-1644). Before the Ming period, martial skills were differentiated only by their lineage. There are common themes among these styles which allow them to be grouped according to generalized "families" (Chinese: 家; pinyin: jiā), "sects" (Chinese: 派; pinyin: pài), "class" (traditional Chinese: 門; simplified Chinese: 门; pinyin: mén), or "schools" (Chinese: 教; pinyin: jiào) of martial art styles. There are styles that mimic movements from animals and others that gather inspiration from various Chinese philosophies or mythologies. Some styles put most of their focus into the belief of the harnessing of qi energy, while others concentrate solely on competition or exhibition.

As the capital of China, you will find lots of foreigners who live and work in this city. Over the years, being the center of the nation’s cultural and economic activities, more and more people have come to Beijing to learn Chinese language and culture – one of them being martial arts. The city itself is a perfect destination for non-mainstream modern-life martial artist who would love to get in touch with the root of Kung Fu practice while still experiencing the exuberant life of the Beijing people the day-offs.

The rich variety of styles has led to the creation of numerous classification schemes. Geographical location such as regional affiliation is one well known example. A particular Chinese martial arts style can be referred to as either a northern fist (Chinese: 北拳) or a southern fist (Chinese: 南拳) depending on its point of origin. Additional details such as province or city can further identify the particular style. Other classification schemes include the concept of external (Chinese: 外家拳) and internal (Chinese: 内家拳). This criterion concerns the training focus of a particular style. Religious affiliation of the group that found the style can also be used as a classification. The three great religions of Taoism, Buddhism and Confucianism have associated martial arts styles. There are also many other criteria used to group Chinese martial arts; for example, imitative-styles (Chinese: 像形拳) and legendary styles; historical styles and family styles. Another more recent approach is to describe a style according to their combat focus.

The traditional dividing line between the northern and southern Chinese martial arts is the Yangtze River.[4] A well known adage concerning Chinese martial arts is the term "Southern fists and Northern kicks" (「南拳北腿」). This saying emphasizes the difference between the two groups of Chinese martial arts. However, such differences are not absolute and there are many Northern styles that excel in hand techniques and conversely, there are many different type of kicks in some Southern styles. A style can also be more clearly classified according to regional landmarks, province, city and even to a specific village.

Manchu banner soldier, a caste of professional martial artists active in Chinese society as recently as a hundred years ago
Northern styles/Běi pài (北派) feature deeply extended postures—such as the horse, bow, drop, and dragon stances—connected by quick fluid transitions, able to quickly change the direction in which force is issued.

Northern styles exhibit a distinctively different flavor from the martial arts practiced in the South. In general, the training characteristics of northern styles put more focus on legwork, kicking and acrobatics. The influence of Northern styles can be found in traditional Korean martial arts and their emphasis on high-level kicks.[8]

It has been suggested that the presence of high kicks and flying kicks found in Southern styles, in Okinawan martial arts, and hence in modern non-Chinese styles such as karate and taekwondo (and by extension modern kickboxing) are due to influence from northern styles during the first half of the 20th century.[9]

Southern styles
Main article: Nanquan
Southern Chinese martial arts (南派) feature low stable stances and short powerful movements that combine both attack and defense. In practice, Nanquan focus more on the use of the arm and full body techniques than high kicks or acrobatic moves. There are various explanations for those characteristics.[10] The influence of Southern styles can be found in Goju Ryu, a karate style from Okinawa.

The term Southern styles typically applies to the five family styles of Southern China: Choy Gar (蔡家), Hung Ga (洪家), Lau Gar (刘家), Li (Lee) Family (李家) and Mok Gar (莫家).[12] Other styles include: Choy Li Fut, Fujian White Crane, Ng Ga Kuen (Five Families/Five Animals style), Dog Style Kungfu, Five Ancestors, Wing Chun, Southern Praying Mantis, Hak Fu Mun, Bak Mei and Dragon. There are sub-divisions to Southern styles due to their similar characteristics and common heritage. For example, the Fujian martial arts can be considered to be one such sub-division. This groups share the following characteristics that "during fights, pugilists of these systems prefer short steps and close fighting, with their arms placed close to the chest, their elbows lowered and kept close to the flanks to offer them protection".[13] Nanquan (Southern Fist) became a separate and distinct component of the current Wushu training. It was designed to incorporate the key elements of each major Southern style.

Other geographical classifications
Chinese martial arts can also be identified by the regional landmarks, province, city or even village. Generally, this identification indicates the region of origin but could also describe the place where the style has established a reputation. Well-known landmarks used to characterize Chinese martial arts include the famous mountains of China. The Eight Great Schools of Martial Arts (八大門派/八大门派), a grouping of martial arts schools used in many wuxia novels, is based on this type of geographical classifications. This group of schools includes: Hua Shan (華山/华山), Emei Mountains (峨嵋山), Wudang Shan (武当山), Mt. Kongtong (崆峒山), Kunlun Mountains (崑崙山/昆仑山), Cang Mountain (蒼山/苍山), Mount Qingcheng (青城山) and Mount Song Shaolin (嵩山少林). Historically, there are 18 provinces (省) in China. Each province has its own styles of martial arts. For example, in Xingyi, there are currently three main branches: Shanxi, Hebei and Henan. Each branch has unique characteristics but they can all be traced to the original art developed by Li Luoneng and the Dai family. A particular style can also be identified by the city where the art was practised. For example, in the North, the cities of Beijing or Tianjin have created different martial arts branches for many styles. Similarly, in the South, the cities of Shanghai, Quandong and Foshan all represented centers of martial arts development. Older martial art styles can be described by their village affiliation. For example, Zhaobao t'ai chi ch'uan (趙堡忽靈架太極拳/赵堡忽灵架太极拳) is a branch of Chen-style t'ai chi ch'uan originating from Zhaobao village.

The distinction between external and internal (外内) martial arts comes from Huang Zongxi's 1669 Epitaph for Wang Zhengnan.[14] Stanley Henning proposes that the Epitaph's identification of the internal martial arts with the Taoism indigenous to China and its identification of the external martial arts with the foreign Buddhism of Shaolin—and the Manchu Qing Dynasty to which Huang Zongxi was opposed—may have been an act of political defiance rather than one of technical classification.[15] Kennedy and Guo suggests that external and internal classifications only became popular during the Republican period. It was used to differentiate between two competing groups within The Central Guoshu Academy.[2] Regardless of the origin of this classification scheme, the distinction becomes less meaningful since all complete Chinese martial art styles have external and internal components. This classification scheme is only a reminder of the initial emphasis of a particular style and should not be considered an absolute division.

External styles
External style (Chinese: 外家; pinyin: Wài jiā; literally: "external family") are often associated with Chinese martial arts. They are characterized by fast and explosive movements and a focus on physical strength and agility. External styles includes both the traditional styles focusing on application and fighting, as well as the modern styles adapted for competition and exercise. Examples of external styles are Shaolinquan, with its direct explosive attacks and many Wushu forms that have spectacular aerial techniques. External styles begin with a training focus on muscular power, speed and application, and generally integrate their qigong aspects in advanced training, after their desired "hard" physical level has been reached. Most Chinese martial art styles are classified as external styles.

Taijiquan, the best-known internal style of Chinese martial arts, being practiced at the Fragrant Hills Park, Beijing
Main article: Neijia
Internal styles (Chinese: 内家; pinyin: Nèi jiā; literally: "internal family") focus on the practice of such elements as awareness of the spirit, mind, qi (breath, or energy flow) and the use of relaxed leverage rather than unrefined muscular tension, tension that soft stylists call "brute force".[16] While the principles that distinguish internal styles from the external were described at least as early as the 18th century by Chang Nai-chou,[17] the modern terms distinguishing external and internal styles were first recorded by Sun Lutang; who wrote that Taijiquan, Baguazhang, and Xingyiquan were internal arts.[18] Later on, others began to include their style under this definition; for example, Liuhebafa, Zi Ran Men, and Yiquan.

Components of internal training includes stance training (zhan zhuang), stretching and strengthening of muscles, as well as on empty hand and weapon forms which can contain quite demanding coordination from posture to posture.[19] Many internal styles have basic two-person training, such as pushing hands. A prominent characteristic of internal styles is that the forms are generally performed at a slow pace. This is thought to improve coordination and balance by increasing the work load, and to require the student to pay minute attention to their whole body and its weight as they perform a technique. In some styles, for example in Chen style of taijiquan, there are forms that include sudden outbursts of explosive movements. At an advanced level, and in actual fighting, internal styles are performed quickly, but the goal is to learn to involve the entire body in every motion, to stay relaxed, with deep, controlled breathing, and to coordinate the motions of the body and the breathing accurately according to the dictates of the forms while maintaining perfect balance. Internal styles have been associated in legend and in much popular fiction with the Taoist monasteries of Wudangshan in central China.

Chinese martial arts being an important component of Chinese culture are also influence by the various religions in China. Many styles were founded by groups that were influenced by one of the three great religions: Buddhism, Taoism and Islam.

Shaolin Kung Fu
Main article: Shaolin Kung Fu
The term "Shaolin" (少林, Shàolín) is used to refer to those styles that trace their origins to Shaolin, be it the Shaolin Monastery in Henan Province, another temple associated with Shaolin such as the Southern Shaolin Temple in Fujian Province, or even wandering Shaolin monks. More restrictive definitions include only those styles that were conceived on temple grounds or even just the original Henan temple proper. The broadest definition includes just about all external Chinese martial arts, though this has much to do with the attractiveness of the Shaolin "brand name". One common theme for this group is the association with the philosophy of Chán (Zen) Buddhism.

Taoist styles
Taoist (道教; Dàojiào) styles are popularly associated with Taoism. They include Chinese martial arts that were created or trained mostly within Taoist Temples or by Taoist ascetics, which often later spread out to laymen. These styles include those trained in the Wudang temple, and often include Taoist principles, philosophy, and imagery. Some of these arts include Taijiquan, Wudangquan, Baguazhang and Liuhebafa.

If you want to book and train any kind of Martial Arts around the world, please, choose only reliable and tested GYM's and camps, such as those listed at category Beijing. We collect and publish reviews about all camps and school around the world, if you want to write review about Beijing, please use tab Review in camp description block above.